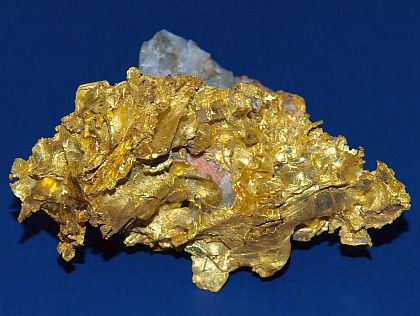 Up To $1 Million Worth Of Crystallized Nuggets Stolen During Business Hours
OGDENSBURG, N.J. February 22, 2013

You could call it a gold rush in the Garden State – but for thieves. Gold nuggets worth nearly $1 million were stolen from a mineral museum, CBS 2’s John Slattery reported.

On the site of a zinc mine dating back to the 1700s is the Sterling Hill Mining Museum, where crystallized gold and nuggets, 20 of them, were stolen while the museum was open. They were large specimens, from all over the world.

“The large nugget is from the Dominican Republic: a 16-ounce nugget,” said Richard Hauck, who assembled the collection.

Hauck said he put it all together 40 years ago at a cost of $400,000. He said today it would be valued at $750,000. The gold was displayed inside an antique safe behind sheets of heavy Plexiglas…>>MORE>(CBSNewYork)