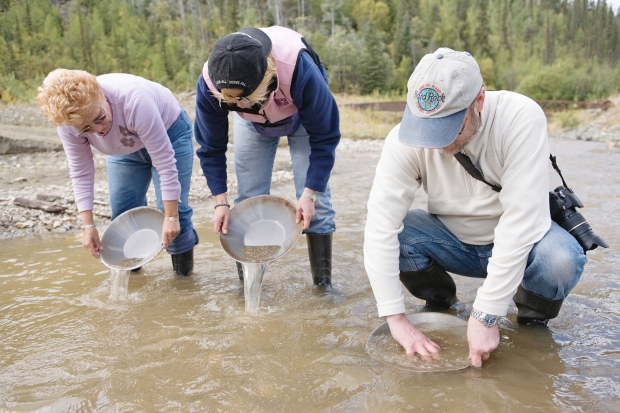 Travelers to Yukon still enamored with fascinating history of gold rush
By Lynn Martel, For the Calgary Herald March 14, 2013

Planted in the ground on Aug. 17, 1896, today the Discovery Claim National Historic Site preserves the spot on Bonanza Creek, 15 kilometres from its confluence with the Klondike River, where George Carmack and his fishing buddies, Skookum Jim and Tagish Charlie established the first of their four claims…MORE (Calgary Herald.com)
Panning for gold at gold Bottom Mine
Photo: Government of Yukon/Fritz Mueller
SEE A GALLERY OF GOLD-PANNING TOURISTS IN THE YUKON