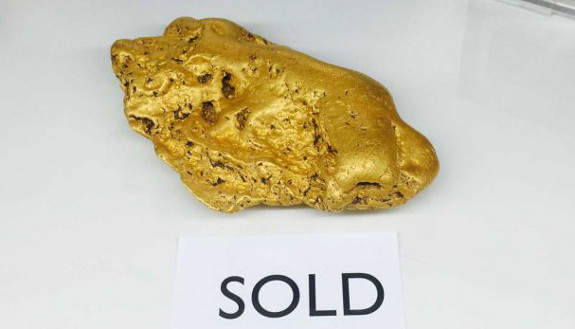 Kevin Fagan  October 25, 2014: “The new owner wants to be secretive, so we can’t name him,” said Don Kagin of Tiburon, the coin dealer who acted as middle-man between the buyer and the prospector who found the 6.07-pound gold lump — the biggest nugget of its kind found in modern times in Gold Rush country.

“Let’s just say it’s a win-win for everybody,” Kagin said. The seller also asked that the price be kept secret, he said. But he added: “We were asking for $400,000 and it obviously wasn’t far from that.”

David McCarthy, Kagin’s chief numismatist, said he could only reveal that the buyer is “a prominent bay area collector” who specializes in historical items…MORE (SF Gate.com)