Jan 10, 2016:This nugget took over an hour to dig and chisel out. It was 10″ deep in caliche. Caliche is a cemented conglomerate sort of rock very common in the desert SW. 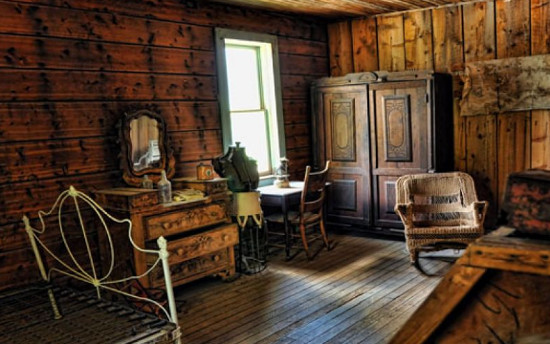 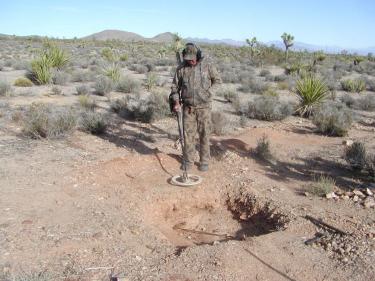 Gold Mining Tutor: Anyone with a pickup, a pump and a shovel can mine enough gold in a month to pay off their mortgage.

…$100 contribution you can have shared access on a 20 acre claim. There are an average of 1000oz of gold in each acre. The gold is recovered by skimming the ground a foot at a time with a bulldozer. Then locating the nuggets with a metal detector. This method is being used on the adjacent property where thousands of oz have already been recovered…
Read the full story at Indegogo.com 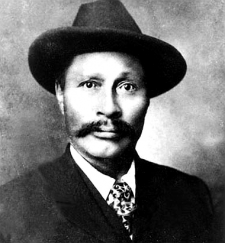 On August 16, 1896, an American prospector named George Carmack, his Tagish wife Kate Carmack, her brother Skookum Jim and their nephew Dawson Charlie were travelling south of the Klondike River. Following a suggestion from Robert Henderson, another prospector, they began looking for gold on Bonanza Creek, then called Rabbit Creek, one of the Klondike’s tributaries. It is not clear who discovered the gold: George Carmack or Skookum Jim, but the group agreed to let George Carmack appear as the official discoverer because they feared that mining authorities would be reluctant to recognize a claim made by an Indian. 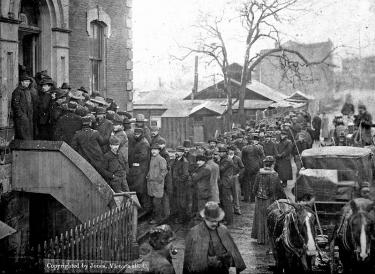 In any event, gold was present along the river in huge quantities. Carmack measured out four claims, strips of ground that could later be legally mined by the owner, along the river; these including two for himself—one as his normal claim, the second as a reward for having discovered the gold—and one each for Jim and Charlie. The claims were registered next day at the police post at the mouth of the Forty mile River and news spread rapidly from there to other mining camps in the Yukon River valley. 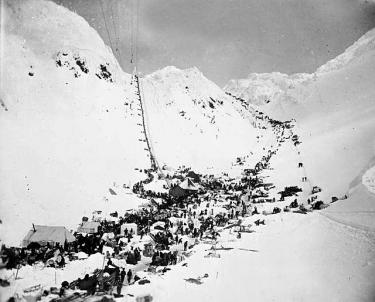 By the end of August, all of Bonanza Creek had been claimed by miners. A prospector then advanced up into one of the creeks feeding into Bonanza, later to be named Eldorado Creek. He discovered new sources of gold there, which would prove to be even richer than those on Bonanza. Claims began to be sold between miners and speculators for considerable sums. Just before Christmas, word of the gold finds reached Circle City. Despite the winter, many prospectors immediately left for the Yukon by dog-sled, eager to reach the region before the best claims were taken. The outside world was still largely unaware of the news and although Canadian officials had managed to send a message to their superiors in Ottawa about the gold finds and the rapidly increasing influx of prospectors, the government did not give the matter much attention. The ice prevented river traffic over the winter and it was not until June 1897 that the first boats left the area, carrying the freshly mined gold and the full story of the discoveries…Full History (Wikipedia) 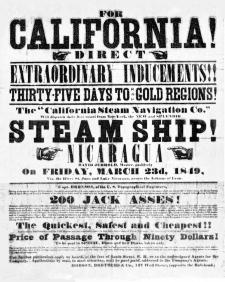 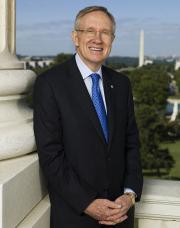 Located in Reid’s hometown of Searchlight, the 110 acre property and its eight mining claims were sold to Nevada Milling and Mining for $1.7 million to build a gold-mining operation…MORE (BigNewsNet)

Gold, the hard asset long seen as the ultimate hedge against risk, has fallen so much out of favor in recent years that the owner of a mine in Canada’s historic Yukon gold belt wants to sell the property for $2 million in bitcoin, a virtual currency…MORE (Business Insider)

Watching a bar of gold form before your eyes from molten orange liquid bubbling in a mould to a shiny yellow brick on a dark slab of cold steel, one instantly understands why we prize the element above all others, and why those who could produce it were once considered magicians.

The metal passes through several states as it cools from an almost transparent semi-solid that is so appealing in colour and consistency that it looks almost edible, like caramel cooling into hard candy.

A flawless and brilliant golden surface emerges slowly from this sticky mass until the gold cools completely into the smooth, gleaming bar we covet. The astonishing transformation is so awe-inspiring you can almost hear it.

Monzer Medakka, the managing director of Kaloti Gold, watches this process perhaps hundreds of times a day. What is more, the gold refinery he runs in Sharjah is strewn with the stuff. Hundreds of thousands of dollars worth of gold bars, gold sheets formed in electrolysis baths, and bags of scrap gold brought in to be refined.

There is even a large plastic bin filled with gold sand – a remarkable substance that looks and feels like common or garden construction sand but is in fact made of pure gold… >>MORE(thenational.ae)