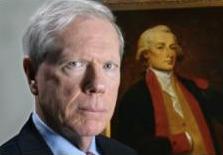 Today (June 27, 2014) former US Treasury official, Dr. Paul Craig Roberts, told King World News that the entire United States gold hoard, including gold supposedly held at the Fed for other countries, is now gone.  This is very bad news for Germany and other countries which have trusted the Fed to safely store their gold.  Below is what Dr. Roberts had to say in this remarkable interview.

Eric King:  “Dr. Roberts, I know you’ve seen the report on Bloomberg about Germany (all the sudden) supposedly being happy with storing their gold at the New York Fed.  It seemed to be a propaganda piece.  What was your take when you saw that?”

Dr. Roberts:  “Clearly what that means is that the United States doesn’t have the gold and cannot deliver it — and has forced Germany to come to terms with that, and to stop asking for it since it can’t be delivered….MORE (KingWorldNews.com)
Full Audio Interview .MP3
Paul Craig Roberts Wikipedia