4/19/2013 by Kimberly Nordyke hollywoodreporter.com
The new series not only is part of an expanded programming strategy for the network but also marks the first TV production of its caliber to shoot in Greenland 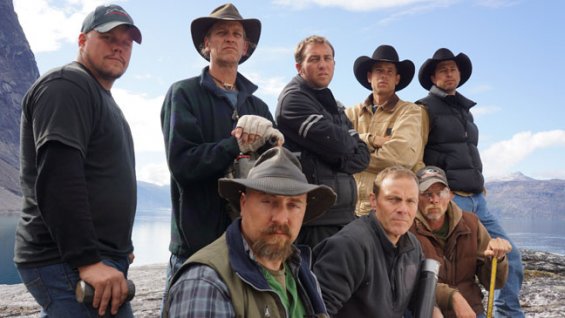 Animal Planet continues to expand its programming with Ice Cold Gold, which follows eight miners hoping to strike it rich in an unexplored area of Greenland under harsh conditions.

The six-part series, which debuts at 10 p.m. ET/PT on Sunday, is part of the network’s effort to add original series that showcase the second half of its name in addition to its stable of shows about animals.

“It’s certainly more of a concentration on the ‘Planet’ part of our brand name,” says Melinda Toporoff, who executive produces Ice Cold Gold for Animal Planet, which has found success with such animals-aren’t-the-focus shows as Finding Bigfoot and Tanked and has Treehouse Masters coming up May 31. “You really see nature, in this case, as an unpredictable beast in and of itself. It’s obviously not a literal take on an animal, but they were dealing with the elements and how unpredictable they were.”  >>MORE (Hollywoodreporter.com)